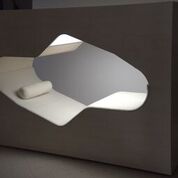 While traditional saunas have once again enjoyed popularity in recent years, technological advances such as Far Infrared Ray generation have set its modern-day counterparts far ahead when it comes to delivering on the promise of health and wellness.

Long considered a comfort in Scandinavian nations and throughout Russia, the traditional sauna has made the long and dreary winters more bearable for centuries. Built on the principle of generating hot steam in an enclosed space, spending time in a sauna has been deemed an essential activity for staving off cabin fever and for soothing joints rendered almost immobile by cold weather.

However, it has been noted that the effects of a sauna bath are not necessarily long-lasting. Take, for example, weight loss. While traditional saunas are said to help with weight loss, what is actually lost is water weight due to copious sweating. This has nothing to do with triggering the metabolic process which actually helps the body burn fat and calories; thus, whatever weight is lost is regained upon rehydration. Likewise, while heat goes a long way to soothe joints rendered stiff and painful by prolonged cold weather, the effect is temporary as the heat penetrates the skin but doesn’t go deep enough to alleviate inflammation affecting the muscles and tendons.

While saunas have recently regained popularity in many countries due to their purported health benefits, not all of them follow the traditional paradigm of pouring cold water over superheated rocks to produce steam. Far from it: today’s saunas offer dry-heat therapy using Far Infrared Rays (FIRs) which penetrate deep into the body, increasing its core temperature, and enabling the body to flush out toxins while repairing cells for improved organ function.

This is the core principle behind the Vital Dome. Developed and manufactured in France, there is none of the fuss about heating stones or a furnace to warm up the space. Instead, carbon panels built inside the Dome generate FIRs in a space that is both enclosed and comfortable enough for the user to rest in. Superheated FIRs seep deep into the body to alleviate pain by reducing inflammation and induces optimal relaxation. As a result, one can actually sleep better and be more active with regular use.

At the same time, weight management also becomes easier as FIRs trigger metabolic action, enabling you to maintain a healthy body weight and get a trimmer body in the long run. Plus, toxins are flushed out of the body to help boost immunity and one’s resistance against chronic diseases.

Now, isn’t that a better deal than just sweating it out?